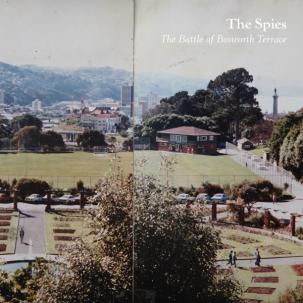 Wellington in 1979: A fairly unlikely bunch of musicians, artists and vagabonds went almost unnoticed in the squats of Wellington’s Bosworth Terrace, playing and recording together, loosely grouped under the banner of “The Spies”. Matthew Crawley speaks with The Spies’ George D Henderson about the rather unusual circumstances that led to the recording of The Spies album The Battle Of Bosworth Terrace, and why it’s taken 35 years for it to surface. 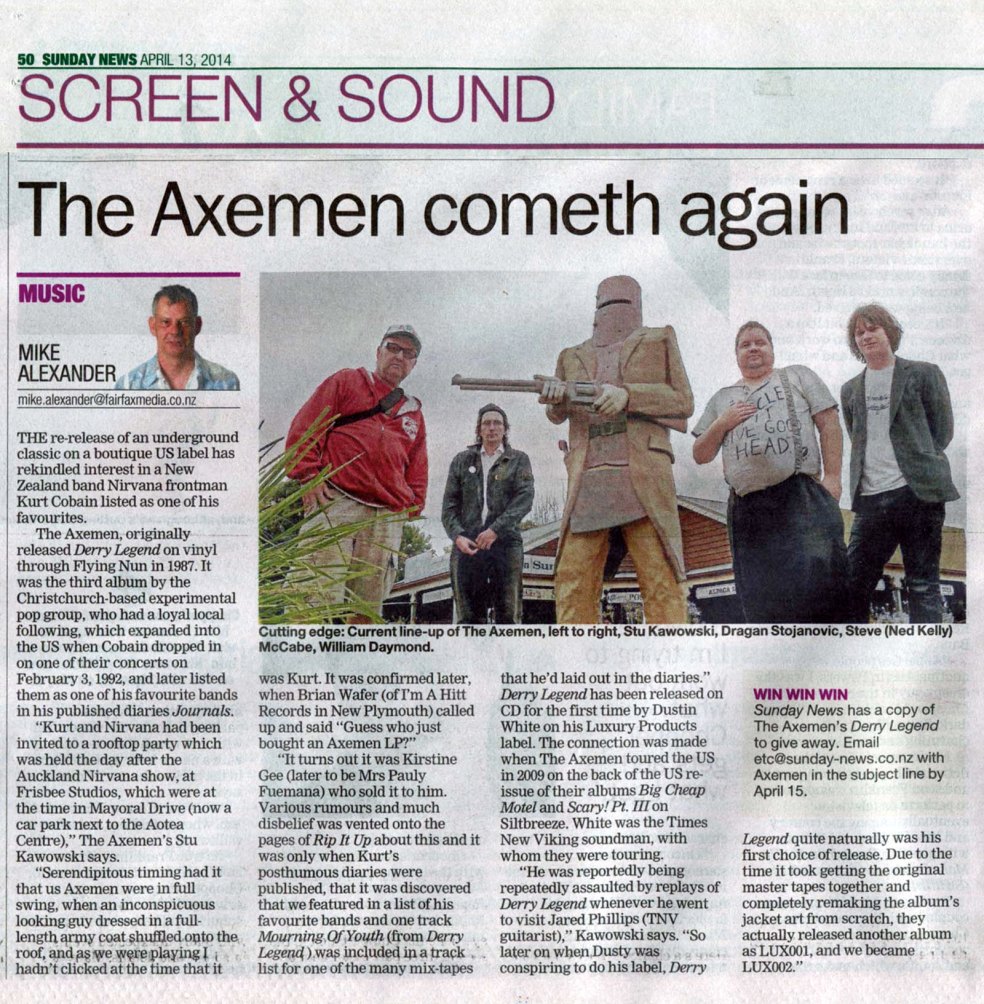 If New Zealand was the world’s WTF scene in the early ’80s and beyond—producing slightly deranged, slightly pop jangle and discordance from a place as isolated as they come—then it was Christchurch’s Axemen who were the island’s leftfield misfits. With Lil’ Stevie McCabe and company, nothing was off limits, not even their Flying Nun labelmates at the time. Years before bands like the Boredoms, Butthole Surfers, or in a larger perspective, Ween, the Axemen mocked and ridiculed the norms, both aesthetically and sonically. And like a magic trick, the Axemen managed to tweak The Clean’s template with a slanted glee unheard before—and not heard since, though the band is still active. All of their collage-based, bric-a-brac punk barbs and general weirdness can be gleaned by the essential trilogy of recordings reissued by Siltbreeze earlier this decade, with 1986’s Three Virgins/Three Versions/Three Visions being their Sgt. Pepper’s meets Trout Mask Replica meets Raw Power masterpiece. If ever there was a peak, it was it.

By the time Derry Legend arrived at the Flying Nun offices in 1989, the Axemen seemed actually impressed with their own idiotic glee. Not only is the album, now back in circulation courtesy of Luxury Products, the most cohesive Axemen record the band ever released, it also contains the most mainstream pop moments they were to conjure. That said, it is grotesque and blatantly jokey enough to reject itself from any classic cannon (that I know of), despite its inherent greatness. (Youtube the group during this era and witness their built-in repulsion.) As sung in the psych-acoustic dirge of “Mourning of Youth,” they were lovers of “finery both new and foreign,” but occupied themselves as strangers in a strange land. It was a revolution of sorts, mucked up in political statements, nihilism towards commercialism, physical turmoil, and chugs of  “coffee wine.”  It was independent to independence.

If ever the Axemen had a greatest hit, though, it was “Rocks in My Heart,” a slab of etiolated cretin pop filled with sardonic wiggles and a sharp sense of melody, history, deconstruction. It is the Axemen in a nutshell, a summation of their ability to wed their idiosyncratic nature with the expected Kiwi status quo. Its formula of multi-hued, quivering vocals and sketchy rhythms indeed turned out to be ahead of the curve. Witnessed in this somewhat dull wave of NZ revival, many of the bands that are continually celebrated (i.e. The Chills, The Verlaines, The Bats) were of their own very particular realm of sound. And though there are no hard feelings against plying the same stroke, the Axemen were all over that small map, while their tentacles stretched back to Memphis and Detroit decades prior. The same kind of polyglot fuck-off is found in “Disc to Disk” and Bob Brannigan’s joyous “Human Hot Dogs.” Again, both borrow freely from The Clean, but the Axemen are lifers and these songs’ seemingly perpetual motion has done nothing but enhance the subversive tactics of the Axemen sound.

Still, “cohesive” isn’t the right word for this record. Were it not for the purely rockist intent of the album, Derry Legend would be yet another grab-bag of demented pleasures. “The Tragic Tale of a Rock and Roll Legend” could very well be the first rap single produced in the country. “He’s Leaving Home” could be drunk(er) Sinatra on a lo-fi bender; “That’s Finland Dear” encapsulates the powder-keg quality of recording on a miser’s budget, and the finale, the aforementioned “Mourning of Youth,” now ranks high on the list of New Zealand’s best death-march psychedelia moments. All this culminates in what, for a band that thrived on the next moment, is the Axemen going for broke.